THE LIVING AND THE DEAD 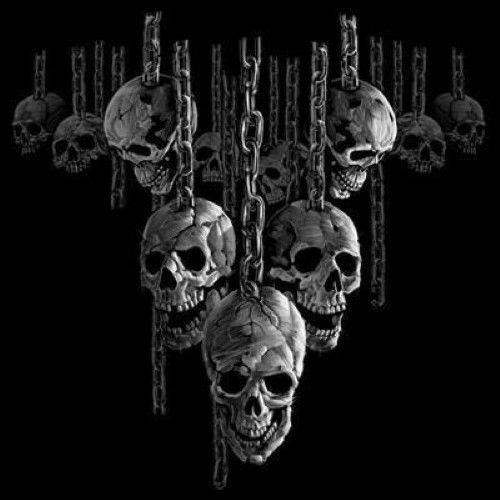 THE REAL FUTURE AND THE FAKE FUTURE

What we’re going to talk about today is the real future versus the fake future. Those in power, the money lords, and their puppets, present a fake future. People such as Mr. Gates present a fake future, that their plutocratic world and their big-money charities are going to create a wonderful world where you the average citizen of our planet are going to have a wonderful life. This isn’t true. Now it really shouldn’t be shocking that it’s not true because when you look at the basic data of what’s going on or you just look around you see the biological foundations of life are being destroyed by the political economic system. A system that enables people such as Mr. Gates and his fellow plutocrats to have billions and billions of dollars. Now from their point of view, it is a good system and in the short term for them, they are right. But it isn’t really very good for them because to be a rich plutocrat in a world that you’re destroying is not good. It’s not.

THE LIVING AND THE DEAD

We need to talk about what’s real and what’s not, which has been a continuing theme of our organization since we were founded in 1995. What’s real and what’s not, what’s propaganda and what’s not, what’s virtual-reality and what’s actual reality. Now actual reality is going to be the living and the dead. It’s not just winners and losers, the biological foundations of life have been so weakened that very large numbers of people are going to end up dead. We calculate a death toll in the billions. That is a grim event, so our leaders should be doing something to prevent that. This assumes a certain minimum level of decency. Not the actual insanity of the people at the top. Now their response has been as follows:

With people such as Clinton and Obama, you have had a subversion of forces of potential reform in the American Democratic Party and this has been to either greatly underplay the scale of the danger or to present a fairytale future and deceive people. Clinton presented this plutocratic wonderland of world trade and high-technology that was going to create this high-tech utopia. It was all a fairytale. The trade policies that Clinton put through in the short term were very profitable to powerful business interests that supported Clinton. They were catastrophic for the middle class in this country and the trade policies that Clinton unleashed would continue to go forward right up to this day absolutely eviscerating the middle class. Clinton claimed that he was promoting some great technological transition that involved auto factories and manufacturing shut down and moved to “more efficient” places such as the totalitarian dictatorship of China and then fairytale industries would appear in America and would employee the people who lost their jobs. Well, that never happened. Clinton fairytale industries were just that, fairytales. What was not a fairytale was the huge accumulation of wealth of the plutocrats at the top who made this transition.

Now in 2016, public patience with this sort of nonsense wore out and people voted for Donald Trump as president. Unfortunately, Trump is a madman who, while acknowledging the problems with trade, which is good at least, in actuality is making things worse with a whole series of crazy actions that are very dangerous and in terms of the actual trade deficit is actually gone up under Trump it hasn’t gone down.

So that’s that’s another issue, but America in the 2016 election had a kind of collective nervous breakdown which in a way, was very understandable, because the people who should’ve offered reform (the Democrats) continued to promote a plutocratic agenda that was contrary to the laws of nature and was destroying the American middle class. It’s really not very mysterious. It’s important to understand that the people at the top at the moment are not going to solve the problems and they really have no intention of solving the problems. They’re in a political dilemma, however, because the scale of the disaster is coming into view and there’s more and more unrest below the surface.

IMPORTANT REFORMS
MEDICARE FOR ALL AND THE GREEN NEW DEAL

Important reforms like Medicare for All and a Green New Deal are finally emerging into the mainstream of politics. It may very well be too late. We should continue to support these goals but it’s very important understand that the legacy of Clinton and Obama is extremely severe as well as the totally disastrous policies of Bush and Trump, so there’s a dynamic going on here and there is a dynamic that reform is going to force its way onto the agenda.

GRETA THUNBERG
CONTEMPT FOR THE ESTABLISHMENT

The emergence of the young Swedish schoolgirl Greta Thunberg is very interesting because if you listen to her closely, her contempt for the establishment liberals is truly scathing and they are trying to sort of pretend they’re going along with her but they have no intention of doing so when you look at the big picture. You have to realize that the people in power are sociopaths. A good part of these people are not nice people.

THE INSANE POLICIES OF OBAMA

Barack Obama was not a nice person. This is someone who bombed more countries than any president since World War II. This is somebody who conducted the most comprehensive campaign to crush civil liberties of any president since World War II. This is not a good person and know that he teamed up with the murderous regime in Saudi Arabia to unleash a reign of genocide and mass murder on the people of Yemen. Indeed Obama bragged about him and he said that was an example where his policies were really working. So these are not good people. The dynamic is for radical reform. The dynamic is also likely for the emergence of authoritarian leaders.

TRUMP IS NOT A DICTATOR
HE IS A FORCE OF DESTRUCTION

People talk about Trump as a dictator or fascist or whatever. Trump is really a force of destruction. There are very few similarities between Trump and Hitler. Hitler was a very sophisticated politician, as was Mussolini. Hitler gained the support of about 90% of the German people, likewise Mussolini 90% of the people of Italy. Trump is a mentally deranged lunatic who is really kind of a force of destruction.

THE DEATH TOLL AHEAD

That’s where we go back to the issue of the living and the dead. A very large numbers of people are being killed by the current system right now. That’s a fact. This is not a good system. This is a very malevolent system, but that’s nothing compared to the scale of the death toll that is coming. Again this shouldn’t be very hard to figure out. If you destabilize the environment, if you destabilize the weather, good things are not going to happen. And we could go on to the wholesale destruction of vast parts of the natural world, the highly toxic nature of industrial agriculture, we could go on for hours about what’s happening. But you can come to our website and see what’s going on. The important thing to understand is the concept of the living and the dead. The concept that this is a game of death. This is an extremely malevolent system.

We would hope that democracy would solve this, but that’s increasingly unlikely and what we need to get ready for is what’s always emerged in situations such as this, which is the emergence of the Caesar’s, the emergence of centralized charismatic leaders. These people will not be like Trump. They will not be psychotic clowns. These people will be very sophisticated and will gain tremendous levels of support and you’re gonna have to concentrate power. You cannot have the kind of political of foolishness that you have right now.

The effort in the West since World War II to turn Anglo-American style pseudo-democracy into some sort of religion or some ultimate end of civilization is absurd and it’s becoming exposed as an absurdity and things will go in America the way they went in ancient Greece and ancient Rome when previous failed democracies collapsed. So we await the coming of the Caesar’s. We need to think through how they will appear in different countries and how they will move toward a resolution of current problems.

AT THE END OF THE DAY
NATURE REMAINS SUPREME

People say they want to protect nature. Don’t worry. Nature is quite capable of protecting itself. It’s been here for billions of years. Nature’s gonna rip these people limb from limb. Nature has hundreds of millions of years to clean up the mess created by these people. When you look at the world today, you realize that the crisis we have is the world that was created in 1945 by American-style liberal capitalism and Soviet style communism. Rarely have two ideologies been so completely insane when it comes to the biological foundations of life. But life will prevail. Life will prevail and the systems of death are going to be swept away. So we need to continue to prepare, continue to think, continue to plan. In terms of the coming title wave of revolutions and how they will unfold and see who will be among the ranks of the survivors. See how all this will unfold.

The decision by the political establishment left to promote a war with Russia has got to be one of the most disastrous decisions in modern times and even more insane is Trump’s pulling out of the intermediate range nuclear weapons treaty. This is further setting the stage for huge death toll, so stay tuned and continue to think. We are going to publish more from the ancient world to see how the coming Caesar’s are going to emerge. The Caesar’s are coming. They are. They are going to clean up the mess or try to clean up the mess created by the failed systems of today. It’s always happened in the past. It will happen in the future. This is what’s going to be happening. This is the end of this lecture.