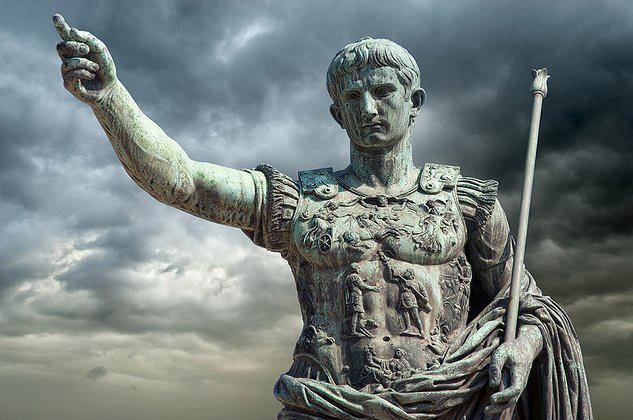 Today there's a false calm produced by a temporary prosperity created by the greatest destruction of the natural world in history. This alone hasn't been enough however to prop things up. Since the early 80s there's been an absolutely explosive growth of debt. Not debt to invest in the future, but debt to prop up the present.

Debt is a matter of psychology it's not just a matter of finance, so debt bubbles can go on quite a ways as long as the people loaning the money believe that they're going to get their money back whether that's true or not. This is particularly true of the so-called safe debt in our world, the American government debt, and American debt, because America is the world's leading debtor. Before Reagan came to power, America was the world's leading creditor, a position that it held since World War I. Today America's net debt is a staggering $-7 trillion. This money is not going to be paid back; this is the greatest financial charade in history.

There's a whole pile of other rotten debt out there. So what we're heading towards is what you might call a financial hyper-bubble. It doesn't mean there's automatically going to be a huge crash. It does mean that this can be a very painful process of sorting all this out and the potential of a huge crash is highly likely.

Now a far more serious matter is the environmental debt and in our view this is going to lead to a sharp reduction in the human population. No one really knows what this will be because there's a lot of variables, but at a conservative estimate in the next 50 years probably losing 2 or 3 billion people. Now these 2 or 3 billion people are all not going to depart in a very peaceful manner.

WHEN THIS ALL CRASHES - WHO LIVES? WHO DIES?

See you need to think in terms of a life boat. Suppose you have a lifeboat that holds 10 people and you put 15 people in the boat. Okay, everybody drowns. You kill everybody, but the process of basically murdering five of the people so the other 10 can survive is obviously not going to be a very pleasant process and the five people who are going to be murdered might have a might not agree with that I might think that's not such a great idea and shall we say rather violently object. And that's a microcosm of what's coming.

Thus we need to think about the coming Caesar's and what kind of people they are going to be. Due to the amount of violence that's coming, they will probably not appear directly in public other than perhaps in staged media events. However their ability to connect on a personal level and on emotional on a spiritual level with billions of people, millions of people, is probably going to be very high, because via the Internet they can talk directly to the entire world and this is an enormously powerful means of establishing an emotional bond - a spiritual bond - an ideological bond with their followers. So on the one hand they will be remote in so far as they will not appear in public outside of stage-managed events that much, but on the other hand they will be almost godlike figures in the minds of the people that follow them.

FUTURE TOTALITARIAN SYSTEMS WILL HAVE A SPIRITUAL DIMENSION

Now looking back first for example at past totalitarian governments, communism had a key critical fault, which is its dependence on atheism, that's a really fatal flaw. The new totalitarian movements will have a very powerful spiritual dimension. They will claim as did the Emperor's of old to be a mandate of God - a mandate of heaven, and you should look to see revolutionary developments in the world of religion.

CHRISTIANITY AS A SHORT TERM PHENOMENA

So this is a movement in sharp decline and a movement that probably is in the process of self-destruction. The big question is what comes next, and that's very unclear. What is clear in the third world is the rise of Islam and that in spite of the malevolent nature of Sunni Islam today, dominated by Saudi Arabia, that looks like a fairly stable long-term trend.

The unknown in Islam is whether the malevolent nature of the Wahhabi extreme sect in Saudi Arabia can be superseded. That's not clear. It's certainly a major problem for Islam. As for Shiite Islam the connection to the extreme government in Iran is also a problem. So Islam has some major problems, but the basic structure of Islam is stronger than the basic structure of Christianity and always has been really because it lacks the massive internal theological contradictions of Christianity. So that's likely to remain.

However in looking at all this evolves is that you're likely to see the emergence of new religions or possibly the reemergence of pre-Christian religions. The problem with that is the records of pre-Christian religions were largely destroyed by the Christians in the most thorough destruction of religious texts in the world and a lot of their traditions also were in the oral tradition, they were not written down. So this is this is all very unclear and very fluid.

THE BRUTAL LEADERS WHO WILL FORCE MANKIND TO OBEY NATURE'S LAWS

What is not unclear - what is very clear is the need to get back to harmony with nature. Now to further elaborate the nature of the coming Caesar's, you have to realize that violent times produce violent people.

We were recently watching a series of documentaries on dictators produced by an American company and of course it was self-righteous silly thing denouncing the dictators every five minutes and so on. What the idiots who produce this did not understand is that violent times require violent people. There's nothing that could be worse in a crisis than the Western hypocritical human rights idiots and people like that. Those people are 'A' liars, 'B' very counterproductive because in order to get back to nature, you're going to have to crush people who oppose going back to nature. As we mentioned, you're talking about probably a death toll equal to that of the Black death or the Mongol invasion of China or the Thirty Years War, which is about 30% at least and so there's going to be a lot of people who just aren't going to be around, and that's going to require very violent people, because people are going to fight back. Particularly in America you have so many lunatic ideas that there's going to be a lot of violence and just simply sorting the whole situation out.

America's a particularly sorry situation because you have this incompetent and corrupt liberal establishment that came to power in 1933, which dominates the education system vis-à-vis a lot of very deranged people in religion and so on and so forth on the on the political right. So this is sort of Temple of doom that may or may not be soluble.

THE FUTURE IS IN EUROPE, NOT AMERICA

The real wildcard is the role of Russia in Europe and the theories of people such as Alexander Dugan about a Eurasian superpower. We don't know how that could sort out but the idea is extremely intriguing. Looking further around the world, looking at China, China is in many ways a vision of the future in terms of the totalitarian structure of the government, China's is just an environmental time bomb waiting to go off and we would predict the government would probably remain in power but this could be a huge death toll as they sort out the results of their policies.

India another big death toll. How that sorts out is not clear, particularly if this is a death toll in Pakistan. Both India and Pakistan are pumping out their aquifers. Translate a wholesale collapse in agriculture is likely to be coming and we would rate the odds of the use of nuclear weapons between India and Pakistan as very high.

So this is the background to all this. There is sort of a mystery and a majesty of the coming dictators, bloody and brutal as they are, will emerge as political saviors in many ways to their own people, but you should have no illusions about the terror that's going to be unleashed and some people say "well that's so terrible," "oh my gosh if that happens we're doomed." Well you're not doomed.

To conclude this lecture you need to think of a primeval life force. You either survive or you don't survive, and in times of crisis you nominate a dictator to get things done. So that's the way out, that's the only way to go, and that's what's going to happen, and we will continue to discuss this as we think through where all this is headed. This is the end of this lecture