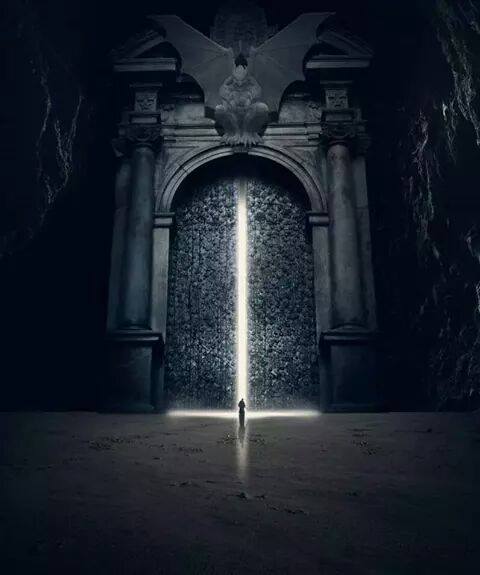 This is a lecture about creativity and the role of the World Future Fund and Underground Web World websites in encouraging creativity. What we are looking to create is a series of prophetic people around the world. Now what do we mean by prophetic people? Prophetic people means people who are aware of the number one issue on this planet: the criminal destruction of our planet by a series of crazy political systems. That's the starting point and you you've got to be focused on the issue of the destruction of the planet and how to stop it. What you must not be focused on is an obsession with abstract political ideologies, such as preserving democracy; such as somebody's concept of human rights, and so on. As we have repeatedly stated, it would be better to work through the system and try to make it work and try to respect people's human rights it possible, but as we mentioned, that's extremely unlikely. And beyond a certain point, and where that point is is not clear, you have to be willing to jettison democracy and concentrate on stopping the crisis.

Democracy is not a religion. It's not a suicide pact. It's not a political version of Jonestown. It's an idea. If it doesn't work, it needs to be jettisoned. And we're looking at a world where billions of people are going to be killed, so you have to have a cold-blooded view of the dictatorial nature of the regimes that may have to come to power. Dictatorship is not the end. Totalitarianism is not the end. Maybe the solution if democracy cannot get its act together and the more the world becomes disorderly as result of the environmental and economic failures of democracy the greater the need for dictatorship and terror. It's it's a simple reality. Now for people to become creative, they have to filter out a huge amount of the junk put into their heads mainly by the education system, but also by the media. And that means going back to our website, reading the material we have on Plato, reading the material that we have on Aristotle, which will shatter the illusions that Americans, American-style democracy, religion and economic policy is some sort of crown of creation of world history. It is not. It's just one more collection of systems, and if those systems are going to kill everybody on the planet, then they need to be junked. It's just that simple. Throughout history, in a crisis, people move towards dictatorship. That's what happens, and that's going to happen if democracy cannot get its act together.

Now. Getting back to the ability communicate -  there is a spiritual aspect to all this. There is a spiritual aspect to all this. Listening to music; trying to get near nature these days is very difficult because most people are incapable of doing that. That's why we have videos of nature, pictures of nature, so on. So there has to be some connection to that, and it's also very important in an organization to keep negative people out. People who are obsessed with democracy, people who think America is the greatest thing since sliced bread, people who want to impose America's system on other countries - these are the kind people need to be kept out of the organization at all costs. These are people who were diluted. The structure of religion and politics in America produces people who are sick on a subconscious level.

Going back again to the issue of music and art - that can get through and help cure these people. But just as a medicine cannot be diluted, the spiritual medicine cannot be diluted. And the spiritual elite that will be created around the world need to separate themselves from the polluted people that are out there. When we say polluted people, we mean spiritually polluted people. Now there's obviously a dialectic between getting involved in politics, and how you keep that level of isolation. Because these, on the face of it, are two self-contradictory goals, but it can be done in terms of people having time to be alone, time to think, and so on.

The truth is the truth, yesterday, today and tomorrow and in so far as people present the truth, it will have an electric power. There is a collective unconscious and awareness of the truth, whatever you want to call it. That, again, has electric power. So, the spiritual prophetic figures will turn the situation around. It's not likely to be peaceful. It's likely to be a bloodbath, but they do have the power to motivate, hypnotize, if you will, communicate to people in the outside world. The visions for the future page on the World Future Fund website, the Visions for Artists page on the Underground Web World website give people a guide to where they can go. We want to refine the guide to the spiritual aspect of this thing, of how to be a creative person, and of all that in more detail. This is a future plan. This is the end of this lecture.