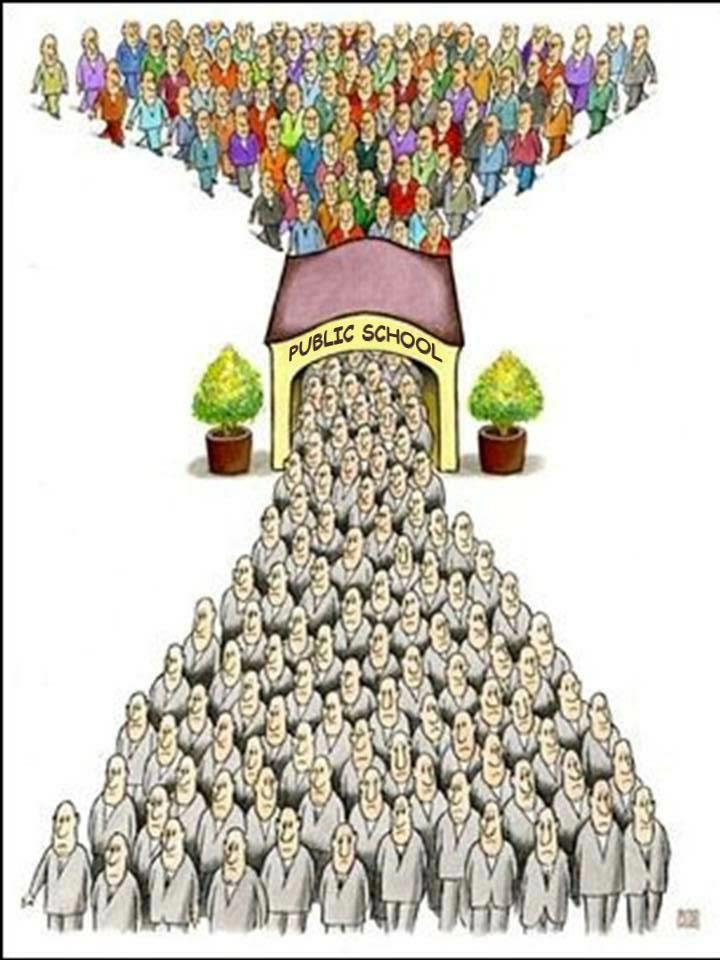 What is this page about? It is about education. It is about real education, not the fairy tales you were taught in school; not claims that American society is wonderful and nice; not claims that if you go along with the plutocracy that you're going to have a nice little life and so on. It is an education about religion. It is an exposé of the delusions of Christianity. There is no nice little life out there for you by going along with the current system. The current system is headed for a total and complete catastrophe. It's really not that hard to figure out. We've been studying these global trends for years and it's not that hard to figure out. It's not that hard to figure out that the global environmental trends lead to disaster and that the political and financial elites, and religious elites are doing very little to stop it. It's important to differentiate between fake reform designed to prop up a rotting corrupt political order and real reform.

What we have is fake reform. They perform green washing rubbish that's not going to work. What is going to work is that nature will intervene and correct what people have done wrong. Nature has been around for billions of years, people been around for about 50,000. Who do you think is going to win that conflict? That's not hard to figure out. Nature is going to strike back. Nature is at the winning end of history. Nature is the inevitable end of history. It is the inevitable beginning. It's the beginning and the end - the alpha and the omega. Now you need to decide which side you want to be on. Do you want to be clinging to a rotting and dying world order? Do you want to be clinging to a malevolent world order that's murdered half the life on this planet since the 1950's? Is that what you want to cling to and how is your life going to work out clinging to that?

WHAT TO DO? FIGHT BACK

So what to do? Two words: fight back. Does that mean you should become violent and do something drastic? We are opposed to violence in the near term, it would be very counterproductive. Though we think in the long run - or maybe not in the long run, maybe in the next couple years, this will become violent and violence will be inevitable on all sides. That's where things are headed. Yet right now violence would be disastrously counterproductive.

THE BATTLE FOR THE MIND

THE EMERGENCE OF PRE-CHRISTIAN IDEAS AROUND THE WORLD

The emergence of pre-Christian religions, primeval values, is a difficult world to get into because so much of the official record was destroyed by the Christians first when they took over the West, and second in their rampant campaign of imperialism around world. So it's an element of the subconscious. It is an element of music and art. But it's coming, it's like the wind, you may not be able to see it, but you can feel it, and people are going to participate in the restoration of the natural world. Now when this happens, there's going to be a very large number of casualties, because when the system crashes, billions of people are going to be killed off. So you need to keep that in your head in terms of where things are going.

OUR GUIDES FOR CREATIVE AND SPIRITUALLY MINDED PEOPLE

So we have produced guides for prophets, guides for artist, a key priority of ours is to inspire artists, but we don't have all the answers, we have the basic ideas and our goal is to inspire and empower people around the world. Inspire them with our articles about ideology, empower them by showing them how they can use technology to distribute their ideas around the world. There's absolutely no question that there is a primeval revolution growing here. There's absolutely no question that we are on the winning end of history. So read through this stuff. Be enlightened and think about whose side you are going to be on. Are you gong to be on the winning side or are you going to be buried in the ruins of the losing side? It's a question of what is safe and unsafe.

IS THE CURRENT SYSTEM SAFE?

They say to go along with the plutocracy is financially safe. No it's not. This whole economy is a giant pyramid of debt. Just look at the central banks of the world, they are printing out money right and left. Do you think that's going to have a happy ending? The economic crisis of 2008 is part of a larger crisis that's coming in the future. It's not just a little hiccup in a good system. No it's not.

DELUSION AND LUNACY IN AMERICA

This is not a good system - particularly in America, where the upper classes have denied the lower classes health insurance and other acts of lunacy. Now think that one through. In the first place how evil that is, and secondly how stupid that is, because if you do not have national health insurance, you leave yourself open to an epidemic, but that's what these people are. These people are not nice people at the top. They're sick, and that's why there's going to be a lot of violence and turmoil. As we mentioned, we would like to believe the system could reform itself. We do support such efforts, but we're not holding our breath waiting for that to happen. No, that would be suicide, it would be suicide.

PREPARATION FOR THE REAL FUTURE

We are preparing for the real future, the violent future to come, and the restoration of real traditional values, a world in harmony with nature. This is what we believe. These are our goals. Read what we have to say here.